In 1985, the congregation called Pastor Fred Klein. Pastor Klein left a church in North Carolina to assume the spiritual head of a congregation without a Sanctuary. Clearly the Lord had big plans for Living Savior Lutheran Church. Shortly after Pastor Klein's arrival, the "miracle of the land" occurred, and Living Savior was blessed with over 7 acres of land on Ox Road. The land was part of a family farm, and through the support of the Missouri Synod Lutheran Church, Southeastern District, and a series of miraculous events, Living Savior was deeded the land.

Stepping out in faith, Living Savior raised over $250K and borrowed $1.6M to build a multipurpose room, several classrooms for a Preschool and Kindergarten, a playground, administrative offices, and a parking lot.

After Pastor Klein retired in August 2006, Living Savior called Pastor Andrew C. Lissy, who was serving in New Orleans, Louisiana. Pastor Lissy was installed at the second pastor of Living Savior in January 2007. 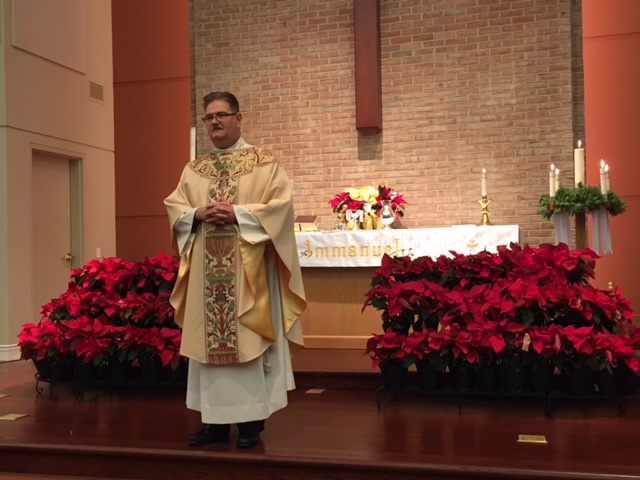 Pastor Andy was raised in northern New Jersey. He graduated from Concordia College, Bronxville New York, and Concordia Seminary St. Louis. He also has a Master of Arts in counseling from Rider University, Lawrenceville, New Jersey. Pastor's first call was as Assistant Pastor, Hope Lutheran Church and School in Levittown, Pennsylvania. He later was called as Senior Pastor of that congregation. In 2002, Pastor Andy accepted the call to be Senior Pastor First English Lutheran Church in New Orleans, Louisiana. Pastor served there through Hurricane Katrina. He was installed at Living Savior January of 2007.